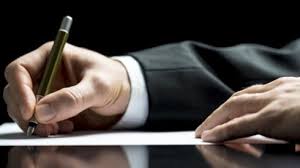 Denver — Today, Governor Jared Polis took decisive action to further address Colorado’s gun violence epidemic. These two laws — safe storage and lost & stolen — are vital tools to address the epidemic of unintentional child shootings, firearm suicide, and making sure that law enforcement can solve and reduce gun crime. By signing these bills, Governor Polis is promoting and encouraging responsible gun ownership that will protect the rights of Coloradans and help reduce gun deaths in the state.

The “Promoting Child Safety Through Responsible Firearm Safety Act” promotes safe and responsible gun ownership by requiring firearms in the home be stored safely with locking devices out of the reach of children or prohibited persons. Between 2015 and 2019, 437 Colorado youth and young adults died by suicide — with the majority of guns used coming from within the home. Researchers, healthcare officials, gun owners, and 60% of Colorado Republicans strongly support safe storage requirements as a means to reduce gun suicide and unintentional shootings.

The “Isabella Joy Thallas Act” requires that lost and stolen firearms are reported to law enforcement within five days and that law enforcement provides that information to the national crime information database. Isabella Thallas was murdered near Coors Field last June with an assault weapon that had been stolen from a Denver police officer and never reported as stolen. Lost and stolen guns are responsible for an increasing number of gun crimes. The required reporting of these guns assists law enforcement and helps close the loophole that allows these guns to end up in the hands of prohibited people who intend to do harm. Moreover, the law serves as an educational tool to gun owners to be conscious of where their firearms are and ensure that they are locked up, especially in vehicles.  Over one half of reported stolen guns in Denver in 2020 were from vehicles.

“We are greatly encouraged by Governor Polis’ leadership today. This is responsible gun ownership in action.”  said Colorado Ceasefire Legislative Action President Eileen McCarron. “The tragedy in Boulder was another reminder that Colorado has a gun violence epidemic, but it is not only with mass shootings. It exists with gun homicides, gun suicides, unintentional shootings, and others that never make the headlines. That is why the Governor’s signature today is a great start, but we must continue to work to solve this multifaceted problem with many different evidence-based solutions. We will continue to work with lawmakers to find solutions to this epidemic and continue to build a safer Colorado.”

Colorado Ceasefire applauds Governor Polis for his action today. We also want to congratulate the lawmakers —  especially Senators Jaquez Lewis, Danielson, Bridges and Hansen, as well as Representatives Duran, Mullica, Sullivan and Herod — for this successful effort in helping save lives in Colorado.

Colorado Ceasefire has been working for freedom from gun violence since 2000. Ceasefire initiated and was instrumental in the enactment of the 2013 Colorado firearms laws, which included universal background checks, a high-capacity magazine ban, and domestic violence firearms relinquishment. Ceasefire began advocating for an Extreme Risk law in 2016, which became effective January 1st of 2020.