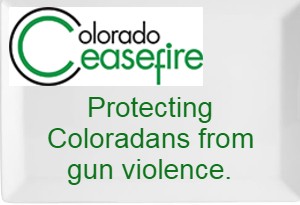 The House State Affairs has this session rejected three harmful gun bills. All were defeated on party-line 3-6 votes.   The bills defeated were

HB20-1040  Guns in Schools – Sponsored by Patrick Neville, R-Douglas County.  This bill would have allowed any Concealed Carry Weapon permit holder to take hidden handguns into elementary or high schools.

HB20-1099 –  Repeal the Ban on High Capacity Magazines –Sponsored by Reps. Lori Saine (R-HD63) and Stephen Humphrey (R-HD48), and Sen. Vicki Marble R-SD23.
Would have repealed the 2013 law prohibiting the sale of high capacity magazines of more than 15 rounds.

HB20-1168   Deadly Force Against Intruder (business) – Sponsored by Rep. Sandridge (Rep. Shane Sandridge, R-El Paso County)
Would have allowed a person to use deadly force against an intruder in a business location if they felt threatened, no matter how slight. This is a Stand Your Ground bill.  Think of the shooting death of Trayvon Martin in Florida, and you’ve got the idea. This is the 15th straight year a stand your ground (biz) bill has been defeated.