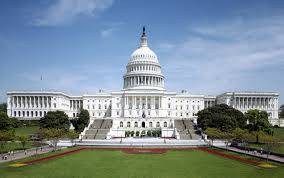 Voters will choose a Democratic candidate for U.S. Senate in June by mail-in ballot. The winner of that race will face the Republican Incumbent, Sen. Cory Gardner on November 3rd.

Twenty Democratic candidates for U.S. Senate have been reduced to just two, Andrew Romanoff and John Hickenlooper. The vote between these two takes place by mail-in ballot in June.

Andrew Romanoff gained first ballot position by garnering 86% of the votes at the Democratic state assembly.  John Hickenlooper petitioned to be on the ballot, after receiving 30% of the votes at caucus.

These candidates participated in a forum in May, conducted by Indivisible Northern Colorado. (The forum begins about two minutes in)

As voters prepare to vote in the June primary or the November general election, we offer this summary on candidates’ positions on gun violence prevention.

Former speaker of the Colorado House, candidate for US Senate in 2010 and nominee for US House CD 6 in 2014.

Background:
Brought Democrats into control of Colorado House after 28 years in minority.

Only Speaker to serve 2 terms in the last 20+ years.

Brought the mental health community into support of ERPO, worked to get bill
introduced in 2018, and was speaker at the introductory press conference.

Collected signatures for petitions to successfully close the gun show loophole in 2000.

Former mayor of Denver and Governor of Colorado.

According to the Denver Post, in June 2014, Hickenlooper told sheriffs he regretted signing the High Capacity Magazine Ban law and that he did so because of a staff commitment, saying “No one in our office thought it would get through the legislature.”

Background:
One of the highest recipients of NRA financial support, over $3.8 million during his career.

As a Colorado House member, was the sponsor of the first “Stand Your Ground” – business bill, which would have granted civil and criminal immunity for use of lethal force in a business location. Similar bills have been defeated for 15 years.