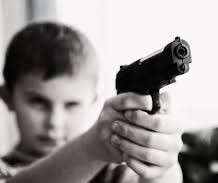 Some Americans frightened by the coronavirus have resorted to actions that impinge on the common good: hoarding of toilet paper, rice, eggs, etc.

Unfortunately, many have also responded by stocking up on guns and ammunition.

Since the coronavirus isn’t eliminated by gunfire, we expect the response is clearly based on 1) fear of their fellow citizens and 2) fear of an eventual breakdown in the social order.

While there are many conscientious gun owners, Ceasefire is concerned that many of these new gun purchasers are impulsively buying out of fear and may not be prepared for the responsibilities of their purchases, thereby putting more people at risk.

On Tuesday, the Colorado Bureau of Investigation noted that the previous week’s background checks for gun sales and transfers (14,000) had doubled from the same time frame of last year (7,000).

Because of the virus, many people are lacking the positive effects of community – relaxing, affirming and essential interactions with friends, extended family and coworkers. Instead, we are increasingly confined to our homes.

Unfortunately, the introduction of a firearm into a home invites more gun violence, which is exacerbated when we are all feeling more stress.

• A victim of domestic violence is five times more likely to die if the abuser has
access to a firearm.

• Gun suicides are four times more likely with more guns (A 2009 comparison of
suicide rates in states with high gun ownership versus states with low gun
ownership made that observation, while also noting that non-gun suicide rates
were the same.)   A suicide attempt with a gun is fatal 85% of the time.

Additionally, unsecured firearms present a threat to children in the home. The Brady Campaign points out that every day in America, eight children and teens are injured or killed by a gun found in the home. Because of closed schools and closed public venues (libraries, museums, movie theaters), more children are home more hours of the day.

Eileen McCarron of Colorado Ceasefire stated “In these difficult times, we have to take extra steps to protect our families. Isolating children from firearms is just as important as shielding them from viruses.”

Prudent measures can mitigate some of the increased risk caused by guns in the home:

• Unload guns and lock them up

• Ensure that only responsible adults have access to any firearm

It is a sad irony that a bill to address Safe Storage had been scheduled for its first hearing yesterday, except the Colorado General Assembly temporarily adjourned last Saturday.

HB20-1355 would have required a locking device be provided with each gun sale, and that gun buyers would be provided with an information sheet on the
importance of safely storing guns in the home. Under the bill, failure to safely secure a firearm from juveniles and prohibited persons could engender a criminal penalty.

Ceasefire discourages people from stocking up on firearms and ammunition, and encourages all gun owners to keep their guns safely locked and away from youth and children and family members exhibiting signs of stress.